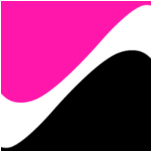 With more CCTV cameras per head of population than in any other country in the world, security monitoring is a hot button issue in the UK.

It’s believed that there is one security camera in Britain for every 11 people. But while we might be caught on film so often that we end up forgetting to smile for the camera, these devices are keeping us safe from violent criminals and intruders every hour of the day.

In this blog post, we will bust some of the myths about CCTV and reveal why cameras are a useful tool for protecting Britain’s businesses, schools and more.

Fact: Prevention is the best cure, and evidence shows that the presence of clearly signposted security cameras in public spaces like shops, cafes, public squares, leisure centres and more reduces the risk of crime and – in some cases – stops it happening in the first place.

The Campbell Collaboration and the criminal justice charity NACRO, for example, found that crime has gone down by 51% in car parks which use CCTV surveillance.

As well as their obvious ability to deter criminals, CCTV cameras also have the additional effect of making crime hotspot areas more popular as more people start to feel safe using them. This, in turn, leads to an increase in the number of eyes and ears able to observe and report illegal activity.

But by acting as a deterrent and a form of proof during investigations, cameras actually have the reverse effect. When CCTV is installed, honest employees can enjoy their work safe in the knowledge that they cannot be suspected or blamed for any missing stock, till thefts or other misdemeanours.

With cameras, everyone knows that, if an employee was to steal from your business or organisation, they would be caught. But without cameras, anyone could be blamed – leading to an insecure, nerve-wracking atmosphere instead.

Fact: The average citizen is seen by a CCTV camera several times each day. With CCTV cameras as common as they are, they have become an accepted part of Britain’s security landscape.

While CCTV cameras are sometimes given a bad reputation in the press, there’s no evidence that the general public vigourously object to the presence of surveillance. In fact, YouGov found that 84% of the British public were happy with CCTV cameras on high streets, while a whopping 93% were happy to see them in banks and building societies.

Remember that shoppers, parents, drivers and other members of the public gain a lot from CCTV cameras because of increased security and a lower likelihood of reckless or criminal behaviour.

Myth: CCTV camera data is not protected. You shouldn’t join in a risky system

Fact: Anyone who uses a CCTV camera has to abide by the law, and if you choose to install one there is strong relevant legislation in place which you must abide by. These laws ensure that recordings are not used for exploitative or nefarious purposes.

Do you run a business ? Looking for CCTV security systems for your business? Or perhaps you’re a headteacher or local authority worker with a security worry about part of your premises?

With more and more reports of thefts and vandalism taking ...

Fire destroys property, causes injuries and can even take lives. ...